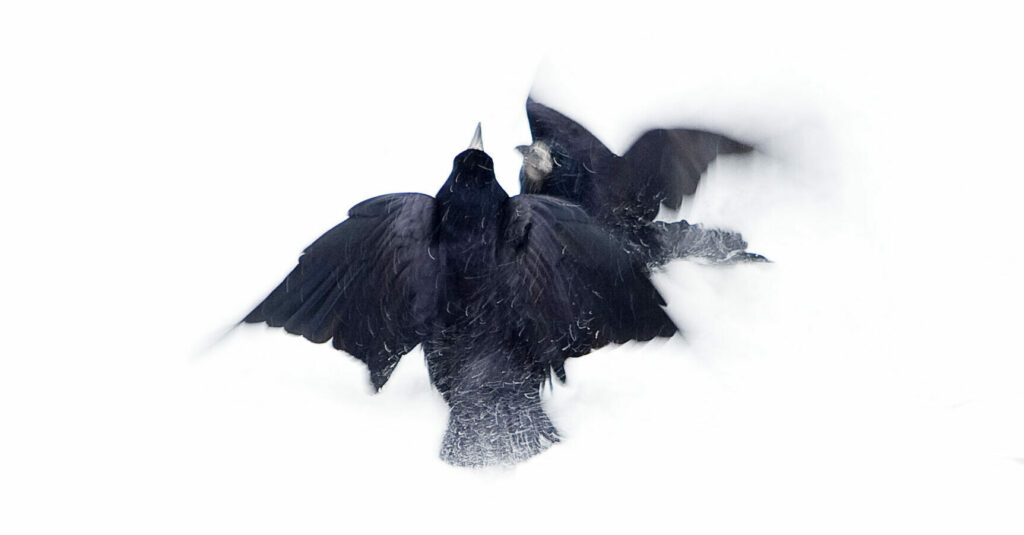 1948, the Bieszczady Mountains are in absolute winter.

A mysterious prosecutor with the support of a young and ambitious soldier arrests a group of Ukrainian partisans, hiding in the forest on the Soviet side of the border. When one of the arrested is identified as the Raven, the murderer of the young corporal’s brother, he decides to kill him despite the prosecutor’s resistance. However, unexpected relief allows the Raven to escape. The prosecutor and the soldier follow him. They are trampled on by the chase, which turns out to be a twelve-year-old kid who wants to save his father, the Raven.