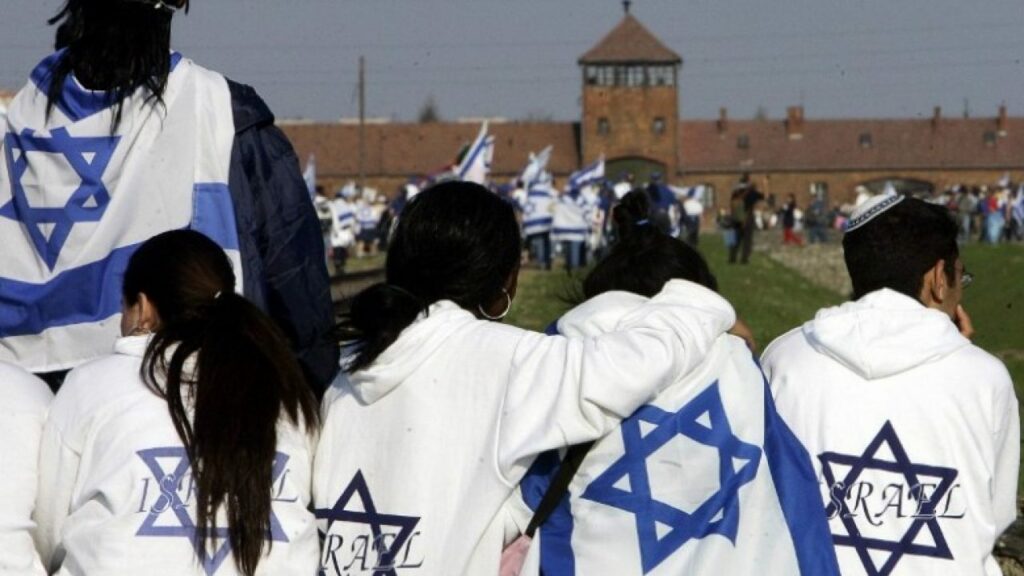 The Delegation tells the story of Israeli high school teenagers, on a school trip to Poland to visit the death camps and memorials of the Holocaust. The storyline focuses on the coming-of-age of three friends: Maya, Frisch and Roy. The Delegation shows the yawning chasm between the great drama of history and the little dramas of life. It happens to them at the climax of adolescence with all the confusion, lack of perspective, hormonal chaos and emotional turmoil it entails.